Fenway Park was the beautiful backdrop for Boston Bites Back, an awesome fundraiser headed by Ming Tsai of Blue Ginger and Ken Oringer of Toro (among others).  Both incredible Boston chefs (and totally intimidating–more on that later) running an amazing event for The One Fund one month after the horrible bombings that shook our city.  The energy was incredible that night, as organizers invited 1,500 first responders and 38 survivors (the source of my information is the grapevine so the numbers might be off).  There’s nothing I love more than people getting together and eating for a good cause, so I was on cloud nine the entire event.

I actually went to the event as a representative for Cafeteria Boston, where I work. Had a great time promoting our yummy shrimp ceviche and talking to the crowd.

There was so much food, it was overwhelming.  There’s no way I ate everything offered– but I certainly tried (and honestly, I think I only missed a few tables).

A sampling of my favorite foods:

The spicy shrimp salad from AKA bistro was crunchy and flavorful,

The lobster hash with quail egg from Seaport Hotel had a rich gravy and crisp veggies , and who doesn’t love yolk?

The lobster rolls from Aramark were summery and buttery, a rival to the ones I had in Newport. 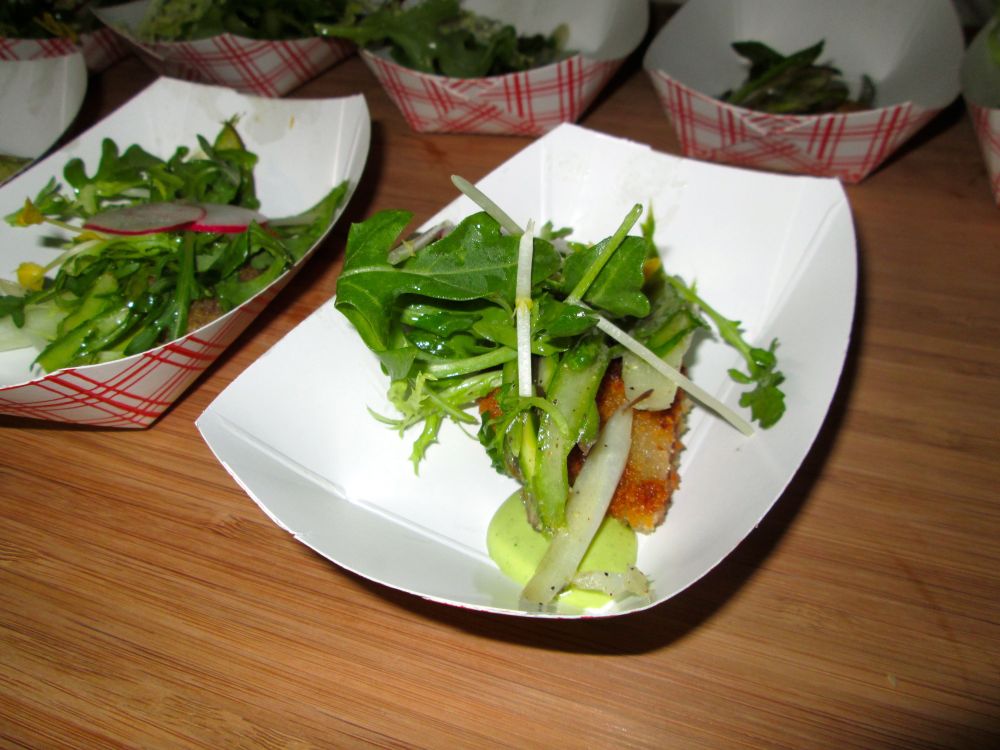 Lamb Schnitzel with a shaved asparagus and arugula salad from Bravo and Water Cafe ; 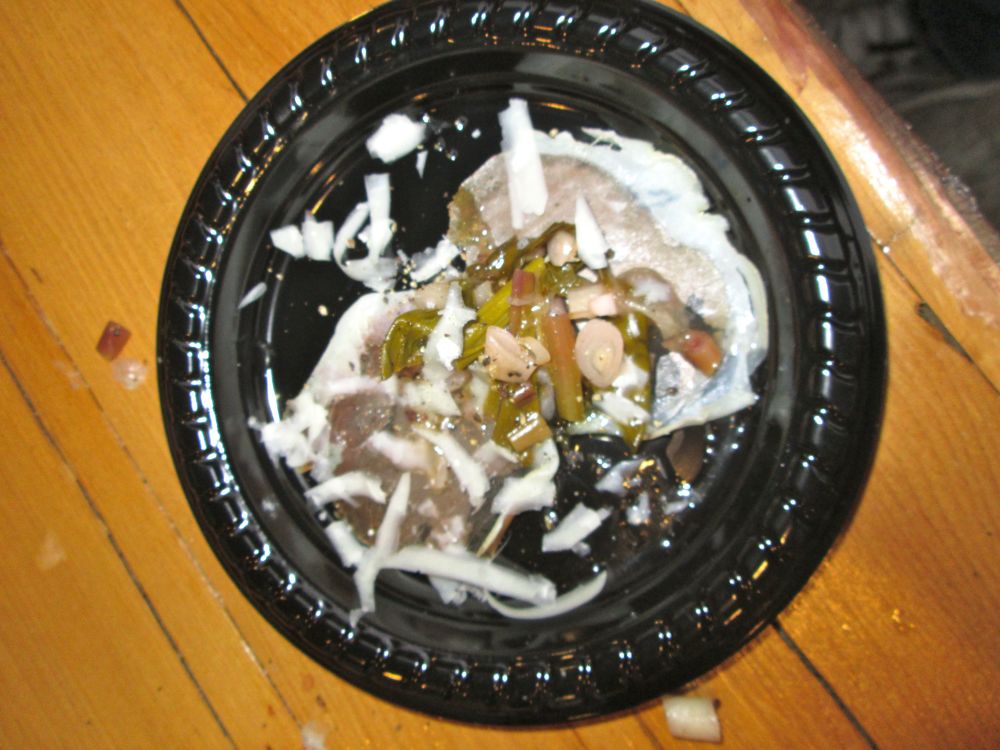 Lonza with pickeled ramps and pecorino cheese from Babbo, which hasn’t even opened in Boston yet (but I do love thinly sliced meats).

The steak taretare from one of my favorite spots, Mistral.  They even had homemade macaroons in blue and yellow.

Finally there was a dish that blew me away.  The rabbit loin with black olive aioli and tomato crackling from Blue Inc.

Already planning my visit there. So yummy.

Finally finished up with a vanilla cupcake from Sweet. Good decision.

Did I mention I met Ken Oringer, Ming Tsai, Jody Adams of Rialto, and Micheal Schlow of Radius? I was a total goon when I met all of them, but I get a little starstruck. Sorry guys. 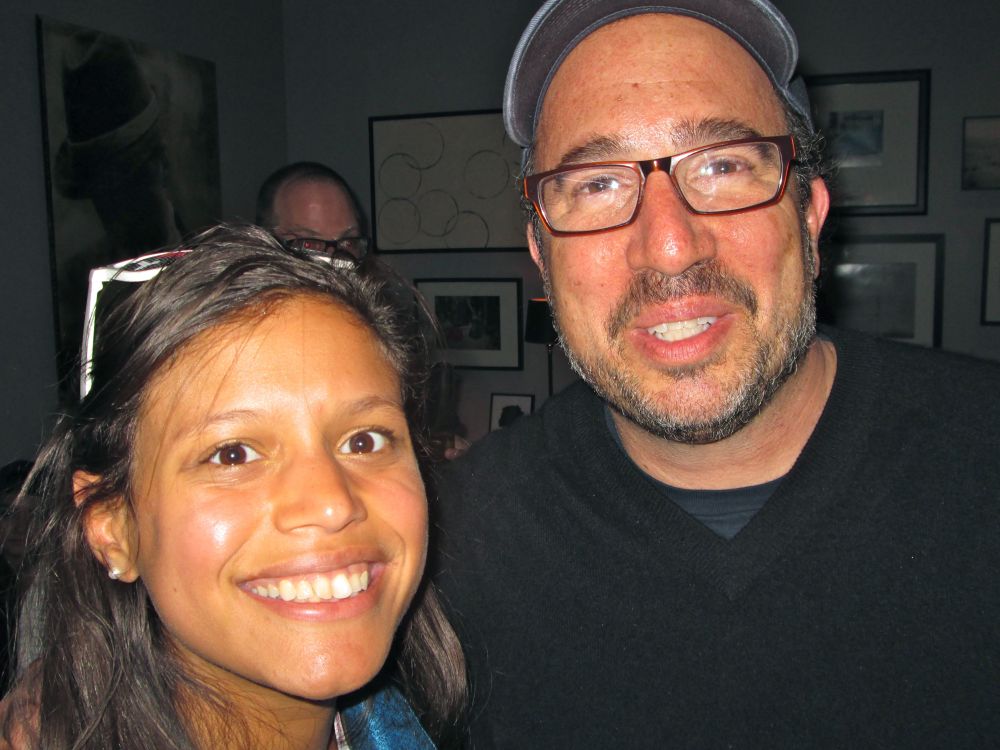 Overall, an incredible evening.  One of the best I’ve had in Boston.  It’s comforting to know that in the face of peril, there are those that will come together in favor of helping others and being gluttons.