Last week, The Russian and I went to Fort Lauderdale, Florida with some friends.  It was wonderful.  Beach, sand, friends, and nothing but time to catch up on some Game of Thrones reading. My friend has some property connected to the Marriott Harbor Beach, so the backdrop for said reading was just wonderful.

I was a very happy clam, and will be posting much about my travels and the food involved this upcoming week.

Upon finding myself in the same state as my uncle for once, I called him up and asked if he wanted to grab a bite. He did. He asked if The Russian and I had any preferences on cuisine.  We didn’t. So he took us to a British pub. 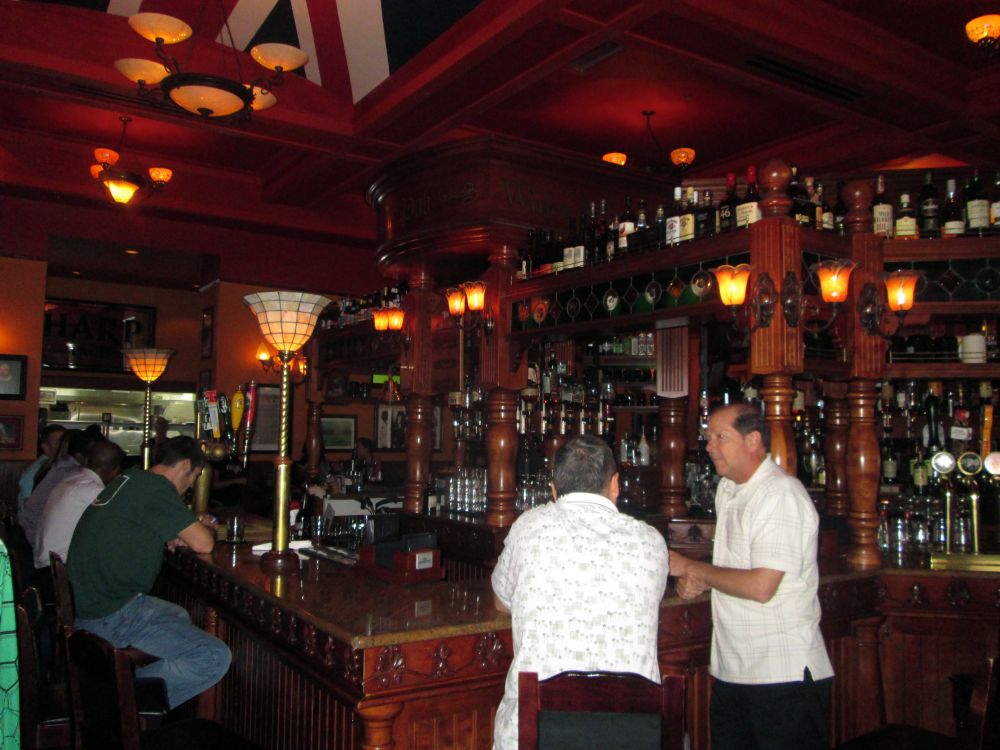 Everything was British–themed, from the British flags and rugby jerseys on the walls to the waiters in kilts.

In Florida.  It was called The Pub, self–described as British–inspired and American–crafted. I was skeptical, but he promised me the fish and chips was here was just cheeky.  It didn’t disappoint, I have to say, and I’ve been to London, where fish and chips is king. 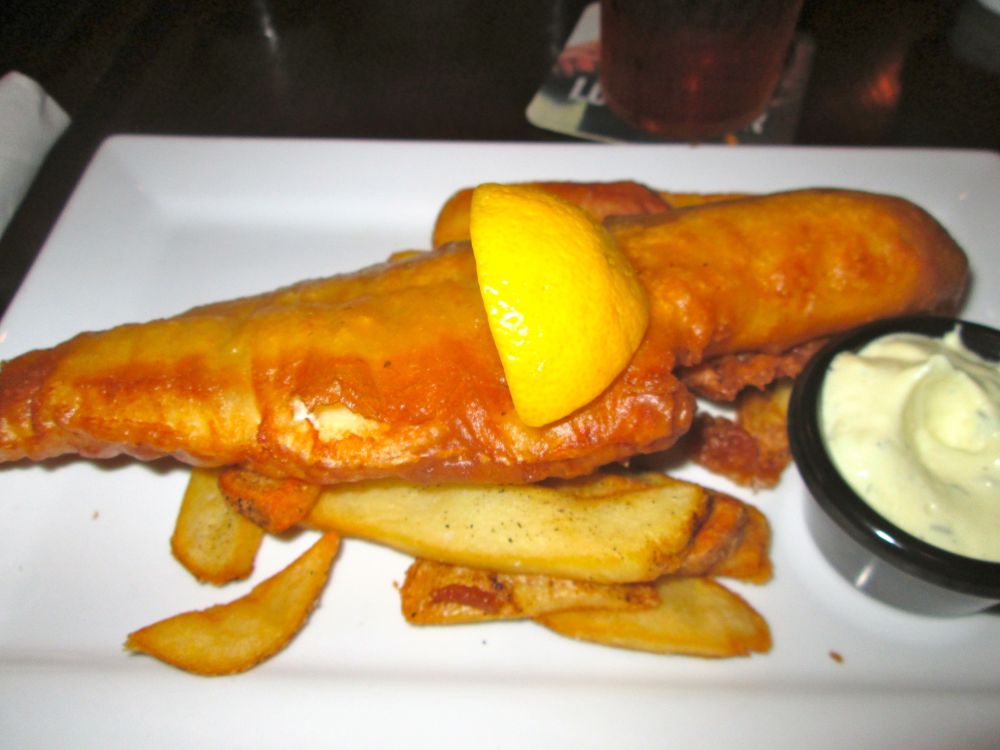 The portion of fish was overwhelming, the breading crispy, and the tartar sauce creamy and pickle–y. Very nice indeed. The Russian got the bangers and mash.  The mash was super creamy, the bangers juicy and tasty, and the gravy divine.

We felt really full, and were ready to call it a day after our traditional British feast in Florida. My uncle, a man after my own heart, leaned over and asked if we wanted dessert.  Who am I to say no to family?

My uncle got the whiskey bread pudding, which was so fluffy, and you could taste the whiskey.The Russian and I got the Tipsy Laird, which I ordered part because it sounded good and part because I liked the sound of the name.  Either way, it was a good decision.  Crispy fried pound cake topped with liquor–infused berries with an English–style custard.  Very addicting and incredibly memorable.

So if you ever find yourself in Fort Lauderdale, or Orlando, or a bunch of other places (The Pub has a few locations), try it out.  The cost of the plane ticket is a lot cheaper than flying to London and the food is probably some of the best English food you can get on the cheap this side of the Atlantic.