A few weeks ago, I landed from a week long trip in Sydney, Australia.  I’ve been peeling from the intense sun and desperate to go back ever since.  It was a whirlwind trip, one that included all the major sights of the city, plus some underground spots and local watering holes introduced to me by those living in Sydney. Classic combo.

So where do I begin? I guess at day one…

I landed in Sydney on Christmas morning.  A lovely and new way to spend the holiday. Christmas can make me a bit awkward, as I’m not always sure (or financially stable enough) about giving the best gifts.  I decided to avoid all that this year.  As soon as I got to Sydney, my friend, whom I was visiting and staying with, wanted to start the day by heading to the beach.  I was not opposed, especially coming from the frigid tundra that is New York right now into mid–summer a world away.

After I was sufficiently thawed out, we headed to dinner at the home of another expat, a coworker of my friend Sierra (of Magic Bar fame), who now lives and works in Sydney. There was quite a spread at dinner, so much food we stuffed ourselves and barely scratched the surface of the amount of food. The most memorable was the cheese plate by far, however. There was baked Camembert, a veiny blue, a sharp cheddar, Brie, and all the fixings. I have never seen a cheese plate this intense outside of a restaurant. 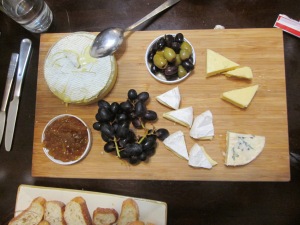 After rolling ourselves to bed, Sierra and I spent my second day in another beach in Darling Harbour, a quaint and lovely beachside part of Sydney.

That evening I tried a duck taco with hoisin sauce and a scallion pancake in place of a traditional taco shell. I had come to Sydney with no expectations of food, but after only a few days of sampling the local fare I knew I would have no problem exploring the local food scene. 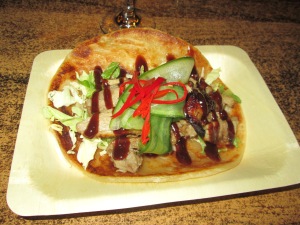 On the third day we ate at a small cafe called Ampersand, which was a bookstore and library in addition to being a cafe. I had an incredibly filling breakfast wrap with poached eggs, thick cut bacon, and arugula (or rocket, as it’s called in Oz). 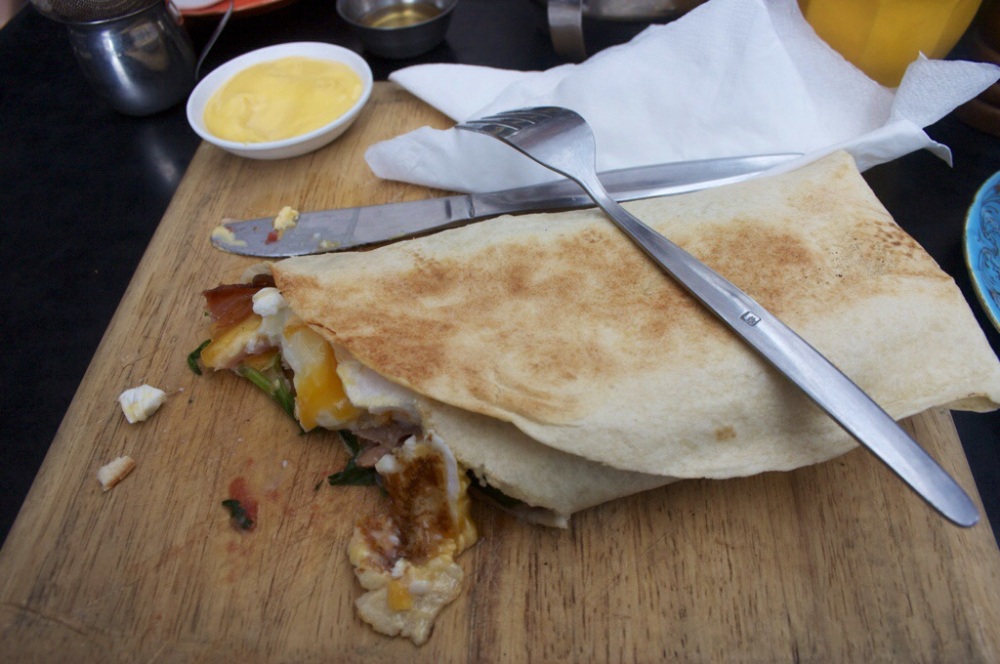 We walked along the beaches in the afternoon, covering about five miles, with beautiful views of various beaches along the coast and beautiful cliffs where you can see how the sea has beat away at the rock over the course of time.

That night, I spent a few hours in the kitchen at Gazebo, a Mod Oz cuisine restaurant in the Kings Cross neighborhood of Sydney. The opportunity was favor to me by my host, who is a bartender at the same establishment. After learning a few things about gastronomy, we had a chance to sample the food. I thought I was full the first night I got to Australia. I didn’t know what full was. Each dish was beautiful, well executed, and the flavors were thoughtful and complex. It was inspiring, and reaffirmed my love for gorgeous fine dining food. 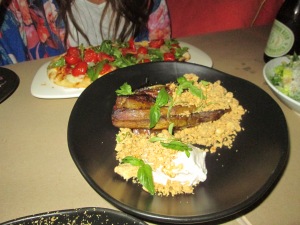 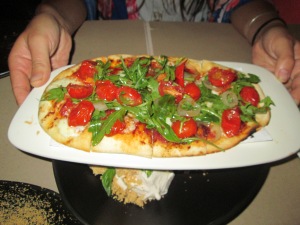 I explored the city the next day, hitting all the touristy spots, and of course, the beautiful opera house and harbor. 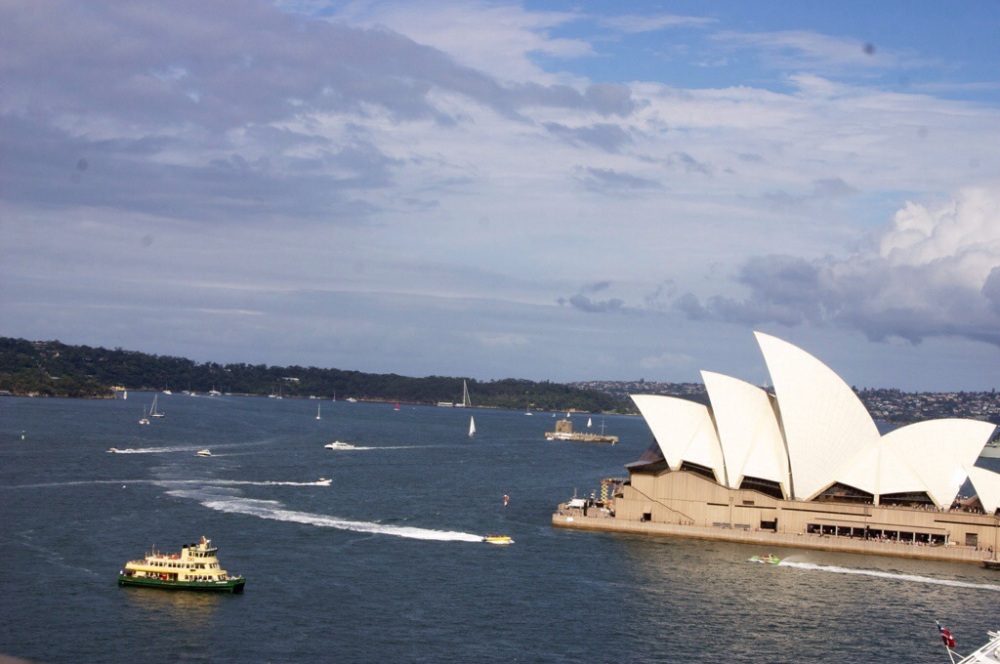 My final days in Australia were spent seeing some things native to Australia. We headed to the Sydney Zoo where we saw koalas and kangaroos hanging out like it was no big thing.

I also got very close to a giraffe and giggled like a schoolgirl. Generally we monkeyed around the zoo for a few hours (dad jokes are my specialty ).

After we saw all the animals, we hung out at a small little cove beach that Sierra knew about. It was quiet and the water was clear, so I was happy. 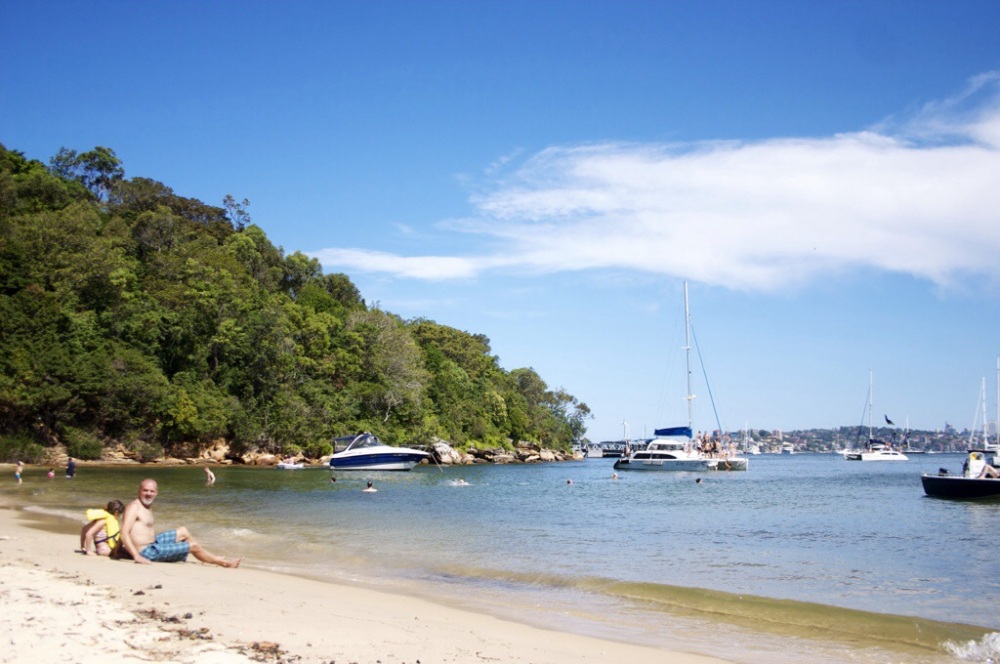 On my penultimate day, we headed to the Blue Mountains of Australia. This was probably my favorite day in Australia. A two hour drive outside the city took us to paradise in the mountains. Gorgeous views, waterfalls, and a blue haze over the mountains as far as the eye can see. Apparently the blue haze is from evaporating eucalyptus oil. Hiking the area was a nice escape from the city, and the view was far from boring. 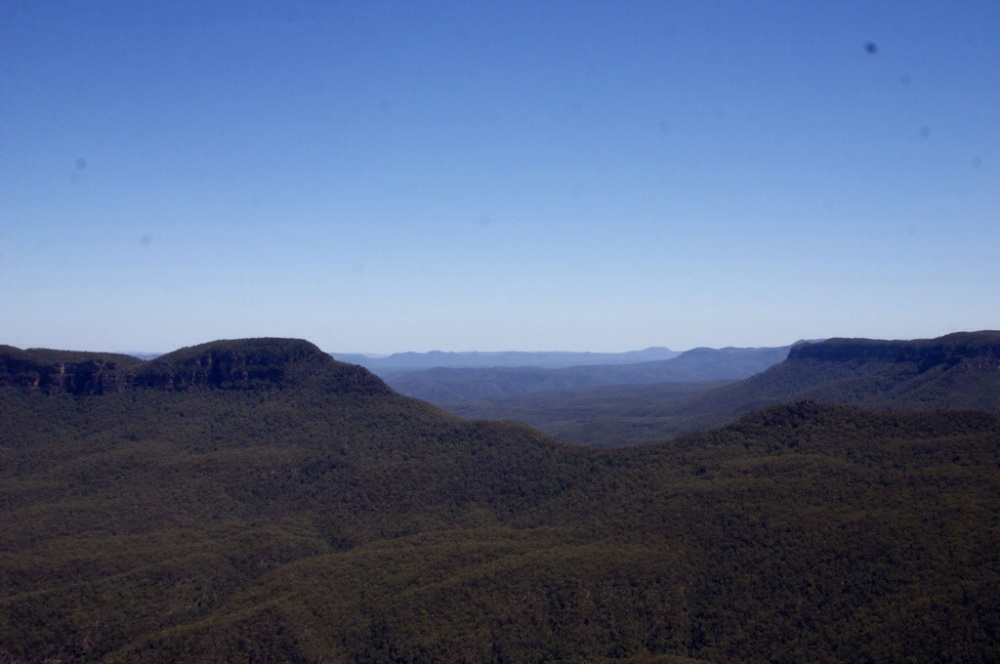 When we got back into the city that night, Sierra took me to Eau De Vie, and incredible cocktail bar in the city. I’ve never seen a place like this. They were using liquid nitrogen to freeze the whip cream that topped their espresso martinis:

they were burning the ends of cinnamon to add smoke and aroma to their old fashioned:

Then there was this. This cocktail had a portion that was cooled with liquid nitrogen and placed on a wooden board. The board, which was quite long, was lit on the other side to burning, and the glass was turned upside down over the smoke to capture the aroma and flavor of the cool liquid on the other side of the board. If you’re ever in Sydney, go here. It was an experience just to watch them make the drinks.

The drinks, of course, were divine. Sierra had a dark rum drink topped with a sugar cone, and I had a strawberry gin concoction that I had to pace myself to enjoy. It was incredible.

My final full day in Sydney was spent where I began: the beach. I enjoyed a kangaroo burger overlooking Bondi beach and strolled in the city in the afternoon. That night, we watched the fireworks to celebrate the new year off the harbor and toasted to a week well spent. 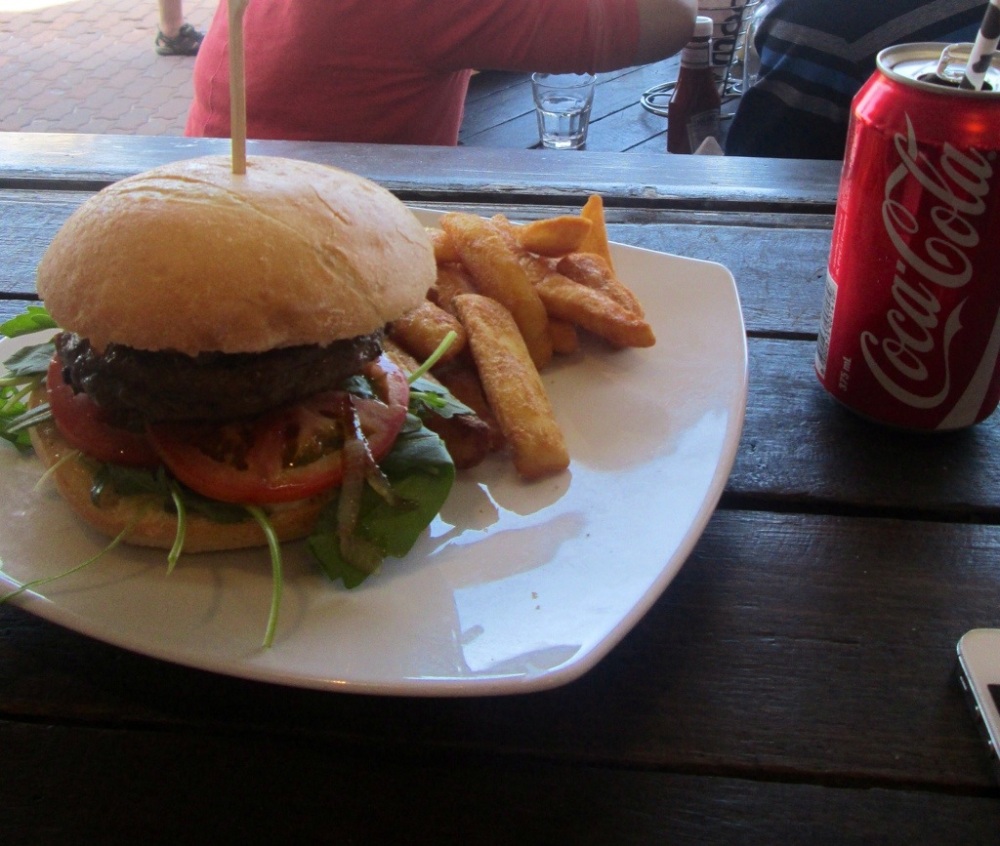 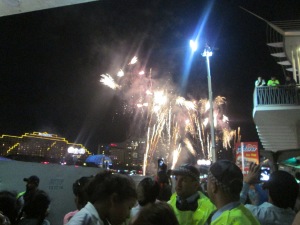 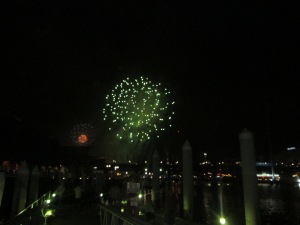 This trip was lovely. Some warmth and time spent with a very close friend in a world away is another experience to check off my bucket list. While I’ll be living extra frugally to counter my lavish trip, it was worth it. Adventure and memories trump saving a few dollars every time.
-L